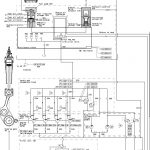 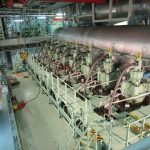 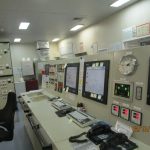 A Container vessel of around 4200 TEU passed Extended Dry Dock (EDD) program instead of her 5 year Special Survey. The vessel’s Main Engine hydraulic system was due for major overhaul (5 years overhaul) during the Dry Docking as per MAN ME engines recommendations and Service Letters and because of the postponed DD the maintenance was supposed to be done during the trading, while trying to minimize or avoid offhire.

The vessel was equipped with electronically controlled MAN B&W ME engine. The engine had approximately 32 000 running hours at the time. On top of the postponed hydraulic system major maintenance the vessel crew reported not possible to start the Main engine with one hydraulic start-up pump due to low pressure when running with only one start-up pump. In this case the Crew was forced to start the ME always with 2 running parallel start-up hydraulic pumps in order to reach the required hydraulic pressure to start the ME until the coupled main hydraulic pumps build up the hydraulic pressure. The problem was known for almost 2 years and dealt without result.

Although the problem was not producing immobilization of the ship, it was considered to be of high priority, because the redundancy of starting methods of the vessel’s main engine was reduced to only one and the reason being not identified could lead to complete sudden impossibility to start the main engine.

The results of the hydraulic oil analysis ashore during the 5 years were found all within the normal ranges. The safety valves of the start-up pumps and other by-passing oil pressure possibilities in the hydraulic diagram were checked and found all in order. The issue was addressed to the manufacturer (MAN of the engine and Rexroth of the hydraulic pumps) in order to find a solution together.

They suspected the start-up pumps and proposed to be exchanged and overhauled ashore for investigation in their workshop, but since these types of pumps were already out of production the decision was changed to replacing them with new ones – with slightly bigger capacity hydraulic pumps. After removing the old pump they were supposed to be overhauled in the workshop in order to find the reason/check their condition.

After discussing all the options with the manufacturers and taking into account the fact that the quality (analysis) of the oil was in good order, a decision, regarding the 5 yearly ME Hydraulic system maintenance, was taken – comprising in only one Main coupled hydraulic pump to be overhauled on exchange basis and the report of its condition to be a guideline for condition of the other two. On the rest of the Main Hydraulic pump the proportional valves were only supposed to be overhauled and upgraded to a better design on situ. Thus the solution proposed resulted in 2/3 times reduction of the initially quoted/planned maintenance costs, while not taking any risks in the operation and following the maintenance recommendations.

Regarding the rest of the maintenance of the hydraulic system, the solutions were: all hydraulic hoses in the ME system to be requested and exchanged by the crew (every 32 000 hours); Hydraulic actuators diaphragms and o-rings to be requested and exchanged one by one by the crew starting with ones where leaking of N2 was noticed; FIVA valves were of Curtis Wright type – not able to be overhauled onboard and their reconditioning cost were closed to buying  new ones, so it was decided to be replaced with new ones if/when malfunctioning (presently MAN has a better solution please check Service letter SL2017-644/JERA March 2017).

The repairs were planned to be executed with MAN Singapore branch for 2 working days (coordinated with the operation department of the Company) on anchorage, where requesting of ME immobilization for 48 hours was possible. The spare pumps on exchange base were provided from Rexroth Germany and sent with consolidated airfreight to Singapore together with the rest of the required spares and material.